Ulema and the Freedom Struggle for Pakistan

In the freedom struggle in British India, Ulama had played a significant role. Ranging from the socio-cultural guidance of the Muslims to leading them politically, they played their role actively in every sphere of life. Starting their active political role in British India in 1803, Ulama continued their struggle till 1947. Darul Uloom-i-Deoband, apparently a religious seminary, was built for the revitalization of Muslim society in India. The Ulama were the pioneers, who initiated the very idea of freedom from the imperial power. The tenderness, dynamism, and catholicity which was created in this movement, in fact, was due to the unending and countless struggle of the Ulama. It is an undeniable fact that the independence movement and the history of the Indo-Pak subcontinent are so mixed-up with the history of Ulama and religious personalities that it is now difficult to separate one from another 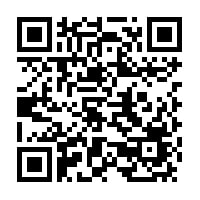