Geneses, Causes, and Ramification of Militancy in FATA in the Post 9/11 Scenario

The basic aim of the paper is to highlight the impacts of militancy on the Federally Administrated Tribal Area. Strategically the area is very important, and it is situated between Afghanistan and Pakistan. The area also played a very important role in the Soviet invasion of Afghanistan. Before and after 9/11 most of the militants fled to the Tribal areas of Pakistan to seek shelter. The area was used as a launching pad by militants. There were safe sanctuaries of those militants and thus it was a threat to the integrity and sovereignty of Pakistan. As a result, a number of military operations were launched to eliminate those safe sanctuaries. The whole scenario has had some impacts on the life of tribesmen. The paper is an attempt to investigate the root causes of militancy and its impacts on FATA after 9/11. 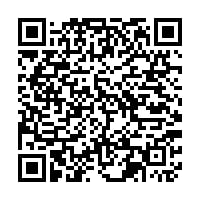