The Middle East encountering a time of dynamic change, testing the universal methodologies of each nearby states. New challenges, opportunities, and dimensions are emerging for the regional and extra-regional states which are driving their foreign policies and making new alliances regionally. Saudi-Iranian relations are one of the most significant competitions characterizing the vital scene of the MENA (the Middle East and North Africa) region. Both states have frequently carried on as genuine opponents, particularly in the Gulf. Saudi Arabia is a territorial business as usual power, while Iran frequently looks for progressive changes all through the Gulf and the more extensive Middle East with shifting notches of power. However, Saudi Arab has strong relations with US and European powers while Iran views the United State as a most hazardous adversary. This article would examine competition of both states through the content analyses and pragmatist approach, and it will develop analytical thinking about methodologies inside the setting of the contention. 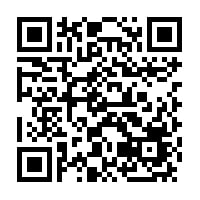