Muslims were promised to establish a separate homeland with the enforcement of the Islamic political system in case of the establishment of a new state. But with the passage of time, politicians of Pakistan became negligent of the principles of the political system of Islam. Reports of international forums demonstrate that the performance of the chief organs of the Pakistani political system is not satisfactory. The research study sets the hypothesis that the application of the concept of the Islamic welfare state is the panacea for removing the evils of the political system of Pakistan. In this connection, a comparative study will be conducted to evaluate both Pakistan's and the Islamic political systems. The nature of the research study is qualitative along with a thematic analysis approach by conducting interviews with ten scholars having MPhil and PhD education. Finally, the findings will be derived on how far application of the concept of an Islamic welfare state is fruitful in removing the evils of the Pakistani political system. 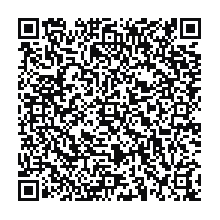