Reflections of Charter of Democracy, 2006 in Zardari Era: A Critical Appraisal

The two leading political parties of Pakistan, the Pakistan Peoples Party and Pakistan Muslim League (N)'s leaders, had passed some bitter political experiences. Both the parties also learnt a lesson from their respective exiles by President Musharraf and agreed to conclude the Charter of Democracy (CoD) in 2006 in London to strengthen the culture of democracy in Pakistan. However, the demise of Benazir Bhutto in 2007 paved the way for the PPP's newleadership, Asif Ali Zardari, to rule the country after the victory in the2008 General Elections. This paper attempts to highlight the main pledges of CoD and analyze its manifestations in the Zardari era from2008 to 2013. The paper also points out how Zardari, to a certain extent, competently used the CoD to complete the tenure of PPP. In response, the main party in CoD also honored the principle of charter and played a constructive role as a major opposition party in the Parliament of Pakistan during the Zardari era. 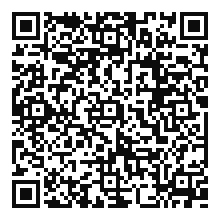