The Continuation of Democracy in Pakistan: An Analysis of 2018 General Elections

July 25th 2018 marked as a momentous occasion in the political history of Pakistan as for the first time in 72 years of history of Pakistan, the third consecutive general elections and second consecutive democratic transition were held from one party to another. As a result of the elections, PTI, with the support of the middle class, and urbanites youth, including male and female having greater access to electronic and digital media, with its agenda of change, working relations with the military establishment succeeded in forming its government at centre with Imran Khan as premier.Some argue that these developments established a strengthened democratic era in Pakistan; others see it as yet another pliant civilian government propped up by the non-political actors. However, during the present PTI regime, the social, political and economic profile of Pakistan has gone through significant changes which greatly affected the polity of Pakistan. The objective of this study is to explore how various developments directly or indirectly impinged the democratic process in Pakistan during the PTI government. 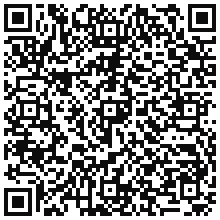