Reza Shah Pahlavi laid the foundations of the Iranian nuclear quest in the 1950s by getting nuclear assistance under reciprocal arrangements in the US-sponsored Atom for Peace program. Iran is a signatory of the NonProliferation Treaty (NPT) since 1970, and by their perspective, all protocols under NPT have fully complied. The 1979 revolution in Iran proved a watershed in relations with the USA due to the hostage crisis and increased hostility, which resulted in economic sanctions and isolation. However, Iran covertly pursued its nuclear program, which remained the subject of international debate until the nuclear deal of 2015 aimed at limiting Irans nuclear capability for the lifting of sanctions and breaking isolation. On 16 January 2016, in response to Irans compliance with the provisions of the nuclear deal, all nuclear-related sanctions were lifted. President Trump since taking over office has repeatedly criticized the agreement and decertified it unilaterally. This article analyses implications on regional and global strategic management. 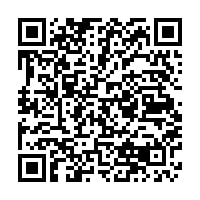