The Modern State, the Politicization of Sufi Rituals, and the Local Religious Authority of Sufi Shrines: A Study of the Shrine of B?b? Far?d (Pakpattan-Punjab)

The modern state that developed in the Indian subcontinent after the arrival of colonial power in the region had profound effects on the internal religious-spiritual matters of Sufi shrines. The Chishti Sufi shrine of Baba Farid, in Pakpattan, also heavily affected by the emergent state's policies in all respects. The state's intrusion into the ritualistic matters of the shrine has gradually reduced the traditional custodian of the shrine to a mere ceremonial head of the institution. The process of politicization of Sufi rituals started during the British Raj; the crucial interference in the ceremonies of the shrine came after the take-over of the management and the administration of the shrine of Baba Farid by the West Pakistan Auqaf authorities during the early 1960s. This study is intended to explore the emergence and development of the centuries-old ritualistic patterns of the shrine, the modern state's contrivances that affected them, and the resultant effects of the said evolution on the local religious authority of the traditional office bearers of the shrine. 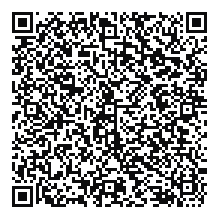